It was thought that by 2020 there would be a high speed train connecting London to Beijing and that’s the least craziest prediction.

Predictions From The Past

In one article from 1967,  it was suggested that by 2020 us mere humans would have apes as chauffeurs and butlers. Yes, seriously. The article was first published in Futurist magazine and stated, “the use of well-trained apes as family chauffeurs might decrease the number of automobile accidents.” Lucky for the apes there is absolutely no way that by 2020 we’ll have trained them to drive us around. Predictions of the future aren’t always concocted with palming off driving to our distant cousins in mind. Sometimes, they are bold and based in a desire to explore distant planets. In 1997, Wired claimed that 2020 would be the year that humans landed on Mars and they aren’t entirely wrong. Space tourism is well on it’s way but unfortunately we’ll have to wait at least another decade until we land on the red planet. Way back in 1899, it was predicted that one day in the 21st century the breeding process of chickens and cattle would be near instantaneous and you wouldn’t have to wait long for chicks to hatch. While there isn’t a machine that pops out ready made chickens, factory farming isn’t that different. 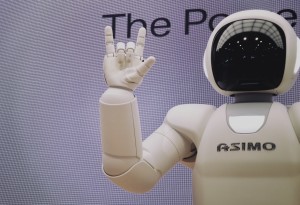 But what can we actually expect in the upcoming decade? Well, it turns out 2020 is looking quite futuristic. Tech wise there will be more advances with computers in terms of the cloud and storage. And in something that sounds like a sci-fi movie: brain chips. Yup, chips implanted into a brain to record brain function are a real possibility in 2020. Now, of course that doesn’t mean we’ll all be implanted against our will with a chip in our brain. At this stage there is a thought that the chip in someone’s brain would be able to control a computer. In a not so surprising prediction, 3D printing is expected to grow and develop into something more attainable (at the moment one will set you back a cool $100,000). It’s colour and design limitations will be quashed and you might just see a 3D printed home in the next couple of years.

What advancements would you like to see in 2020 LiveTribers?