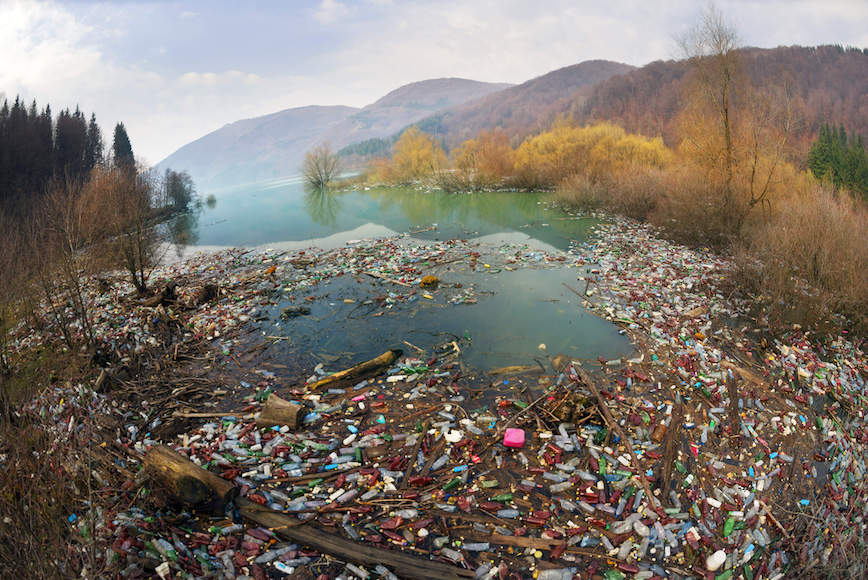 Collectively, we all have a problem with waste. Not just in Australia. Not just in the United States. Around the world.

When things get so bad that the Pope is literally speaking out against the “endless fields of floating plastic” that litter our oceans, you know a situation is in dire straights. Plastic is everywhere. It’s in our clothes, our electronics, our cups – you name it. It’s also responsible for a significant portion of the waste that humans are creating on a daily basis. One study estimates that more than 70 million tons of thermoplastics are used in textiles every year and, with the average person now buying 60% more plastic-based items than they were 15 years ago, means that it’s very easy to see why the problem has only gotten worse over time.

New environmentally friendly initiatives seem to roll out on a regular basis. One day, you’re told to embrace reusable bags, the next day, you’re encouraged to buy glass keep cups, and now, metal straws have become the new norm. But do all of these efforts actually make a difference in what is now officially a global problem?

What These Initiatives Are Doing

Many of the initiatives that have recently become popular are naturally focused less on eliminating waste we already have and preventing us from creating more in the first place. Small cafes and restaurants, for example, are introducing plastic straw bans and are replacing them with far more sustainable (and delicious!) alternatives like uncooked pasta.

Even big businesses like Coles are getting in on the action, banning free plastic bags in favour of reusable ones. The Georges River Council even recently banned balloons at council events for many of these same reasons.

Private individuals, in particular, are really taking up the charge on this one. One engineer even went as far as to build a recyclable house in an effort to reduce waste and achieve a superior level of sustainability. Entire books have been written by thought leaders like Laura Wells who have chosen to live a plastic-free life and are showing people not only how easy it is, but how absolutely everyone can do it if they set their mind to it.

But Does It All Really Matter?

The answer to that particular question, unfortunately, is slightly more complicated than the previous one.

Yes, there is an argument that compostable plastics may be no better for the environment than their counterparts. There are other people who are natural detractors of these efforts for similar reasons.

But maybe the most important thing for you to understand about all of this comes by way of the following quote:

“Climate change or peak oil or saving the rainforest – people just don’t know how to do anything about that. But with waste, people have the opportunity to have a positive impact in their lives and that is why it has become so popular.”

They might be small changes, but the point is getting involved. No, you’re not going to be able to save the world on your own just by keeping your bags or switching to pasta straws. But you should never, under any circumstances, underestimate the difference that a lone individual can make. Especially considering how your actions may start to inspire others.

Once you’ve started inspiring others, people come together to form something far greater and more powerful than they could ever hope to be on their own. At that point, whatever problem stands in their way had better watch out – because it won’t continue to be a problem for very long.

LiveTribe: Because We’re All In This Together

It’s equally important to remember that at the end of the day, perhaps the most powerful, and important, weapon that you have available to you is your own voice. Your opinions matter and sharing them is equally critical. The key to change rests in the action of today and that action depends on you making your voice heard as far and as wide as it can go. So, become a Changemaker and be heard.